I'm lucky in that the music I like best and the artists I most respect are not the huge arena and stadium types. I am a lyrics man first. Whether it be wit and cleverness or simply stunning wordsmith I greatly admire a musician than can turn a phrase, create a visual, or spin a good story in only a few minutes. there is no genre that does this better than Texas Country. Red Dirt. Y'allternative. I've heard all these terms used to describe the music I'm talking about.

Americana. Folk. Southern rock. And traditional country. These are the ingredients behind most Texas country. is ay most because really it can be anything that works. There is a freedom and rebellious nature behind this mostly independent and lesser known studio artists. They experiment. Create original sounds and songs. At times actively shun the mainstream. I like and respect that. I incorporated some of this attitude in my upcoming novel, TWISTED ROADS.

While rewriting the book and creating Lucas's character I listened to many such artists, but perhaps none as much as Mike McClure. The song, Haunt Me No More particularly spoke to me and my muse.


So when I heard Mike McClure was playing at a little dive bar down on Old Route 66 I had to go listen to him play. I enjoyed the show but wow was that the weirdest collection of people I've seen gathered in a while.

None more strange this this guy who decided to launch into a game of charades right int he middle of the concert.

Then there was the 70's throwback with his groovy wristband.

Now I like my beer as much as the next guy, and being a rather hairy fellow of substantial girth, I do my share of perspiring, but never have my paws gotten so wet, I couldn't hold onto me Shiner. Should that occur, perhaps I too will adopt the beer wrist band as a way to preserve every last drop of my beverage.

Then there was this guy. His peculiar actions made me video tape him as my immediate though was ... this is great blog fodder.


Concert charades? I'm sure you've all played. I sure hope that is his wife and I haven't unwittingly become a homeworker in the name of humor.

There was the girl with the odd spots on her exposed breasts. The gal with the super power wedgie from hell, a trio of robust women all wearing the same baby blue shirts, the tequila shooting gyrater with the lungs of an elephant, and a pair of I'm-Here-With-My-Sugar-Daddy-ers. I have pictures but in the name of good taste or at least better taste have opted not to post them. Take my word, there were some odd folks present that night.

I will leave y'all with another of my favorite Mike McClure creations ... OUTLAWS PRAYER

I first heard the single In The Night and it came with a vocal sound that immediately put me in mind of Emmylou and Ronstadt.

The soft melody, especially the chorus, reminded me of stripped down Isbelltune and this combination gave the track a retro vibe that hooked me enough to dive in deeper.


I dug into the album titled TELL ME HOW IT ENDS and was surprised by the varied sound of this band led my husband and wife Zachary and Bridget Galanis who take turns handling lead vocals.

The first single, Golden Line carries that power ballad vibe of the 70s, but feels fresh just the same.

She's a certain somethin’ at the caffeine dispensary. Pale and pretty, dressed for the 90’s. A transplant angeleno. If you want to go to college you’d better learn to accept a millstone of de…
Read more

I was bummed to learn Sam Outlaw recently moved from LA to Nashville. This dismay is multifaceted. The West Coast is lacking in traditional country voices, Nashville has corrupted the sound of more than one artist, and I like the fact Outlaw writes songs about things beyond the country norm. Such as this one from his 2017 album Tenderheart ...


But I get it. Artists have to chase the dream and yes, Tennessee is rife with song factories pumping out Bro-Country pablum to the masses, but it is also home to John Prine, Jack White, Jason Isbell, Sheryl Crow and countless others creating genuine music across many genres.

I hope Outlaw doesn't get swayed by the execs sitting behind the desks. Now on to a closer look at this new EP.


Billed as a six track EP, we are actually looking at a trio of songs with introductory skit before each. But hey, the complete package is clever and funny, though tough to discern the dialogue.

The premise is a night out for a cowboy, looking for love as Johnny…
Read more 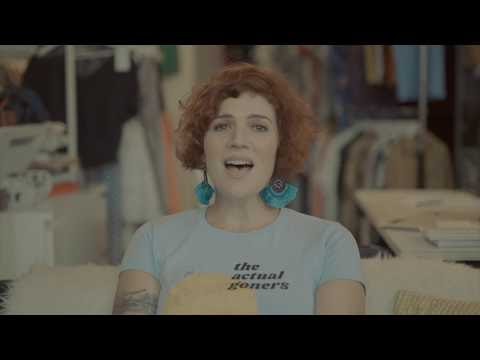 One of my writing gigs is reviewing music for the LA on Lock music blog and while some of the tunes I hear in their name are not right for that blog's audience, they are still worthy of a large partnership. Here are a few of those for y'all to check out.

Everyone of these comes with a slightly different sound, but each spoke to me. Hope they do the same for you.

Camille Miller is German born and raised in Canada. This particular song borders on pop and Americana but much of her work leans to a more folk sound.


Berith This single feels like old school Kenny Rogers for the first few measures and it carries that 70 country vibe. Berith is Norwegian and her voice hints at that accent to give it a nice complexity.

V Blackburn V is a track on an EP titled Public Figures and every other song is a fresh take on a celebrity. She has a big voice and a unique approach to songwriting but this song spoke to me lyrically. Sad and hopeful at the same time.